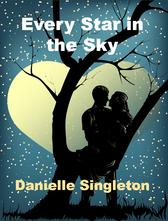 Sneak Peek of
Every Star in the Sky!

Sneak Peek of
Every Star in the Sky!

Every Star in the Sky!

All of London was abuzz with excitement and intrigue. The UK hadn’t seen a scandal like this since, well, since maybe never.

“I heard he’s going to resign,” declared Phil Davies, the eager young reporter who broke the story now dominating headlines. He was standing in the security line outside 10 Downing Street, waiting to gain entry for the beleaguered prime minister’s press conference.

“Resignation is the least of his concerns,” his boss replied. “Rumor has it, he’s facing jail time.”

The older man nodded. “Misappropriation of funds is stealing. Lying under oath is perjury. I’m shocked that the Queen hasn’t fired him yet.”

“I can’t wait to hear what kind of bollocks story he’s come up with to justify it all.”


Three stories up, inside the rowhouse that served as his office and residence, Prime Minister Richard Arrington sat at his large mahogany desk and stared at the white notecards in front of him. Five little pieces of paper with bullet points in his scribbled handwriting – red ink for points of emphasis; blue ink for moments of emotion; green lines for a pause in speech. The same writing system I’ve used since I was a student, he thought, when all this trouble started. He shuffled the notecards in his hands. Five pieces of paper to save my career.

None of his speechwriters had seen the material. Only his chief of staff and his longtime assistant, who had been Richard’s two confidants the past several months, had any inkling of what he was going to say.

The fifty-six-year-old closed his eyes, ran his hand through his salt and pepper hair, and rubbed the base of his neck. He couldn’t remember the last time he slept, and he had lost over a stone in weight since the whole cover-up started.

I didn’t mean for it to be a cover-up, he thought. Richard could hear the shouts and chants from protesters on the streets outside.

‘Hey hey ho ho, Arrington has got to go.’

Richard sighed and looked down at his desk. In front of the notecards sat the source of Richard’s problems. It all began with you, he thought, and glared for a moment before closing his eyes and smiling. Because, truth be told, Richard didn’t care about the protestors. Or the newspaper headlines. Or the possibility of having to resign from the job he worked his whole life to obtain.

Richard didn’t care about any of that. Richard Arrington only cared about Rebecca.

The first day of class at Harvard is similar to the first day at any school. Nerves, excitement, curiosity, dread. Nerves about the unexpected; excitement about a new beginning; curiosity about classmates, professors, and campus life; and dread over the coming onslaught of work.

But the first day of class at Harvard also has something else. A feeling that was flooding through Rebecca Lewis’ veins as she entered Room 102 and looked around. Seven rows of tiered desks formed a semi-circle, all facing a chest-high brown lectern and a chalk board that covered one entire wall of the room. In the back corner of 102, Rebecca saw what she was looking for: a large poster board displaying the seating chart.

Elbowing her way through the crowd of men, the slender, twenty-two-year-old with short, jet black hair couldn’t help but ask herself: do I really belong here?

For amidst her nerves, excitement, curiosity, and dread, there was also an acute sense that she was at Harvard, The Harvard, and that the classmates jostling for position around the seating chart would one day be jostling for leadership positions in corporate boardrooms, hedge funds, and world governments. She would have all her classes with this same group for the first year, so making a good impression today was even more important.

There had to be some kind of mix-up at the Admissions Office, Rebecca thought as she found her desk and sat down. The shoulder pads in her starched gray suit jacket smushed up around her neck, and she stood to unbutton the jacket before sitting down again in her chair. Number 52 – third row from the front, stage right. These people are going to change the world. They can’t seriously think that Rebecca Lewis from Sandersville, Georgia can too.

A tall, handsome man with a head full of brown hair and wearing the requisite male business school attire – slacks, light blue oxford shirt, navy blue blazer – sat down at the desk to Rebecca’s left and only served to confirm her thoughts. Now he looks the part, she mused as the young man placed a notepad and several pens on the desk in front of him. The pens were different colors, Rebecca noticed, and she wondered if he had some sort of color-coded note-taking system.

“Good morning, I’m Richard,” said the pen man, turning in his chair and extending his right hand in greeting. The gesture – and the British accent accompanying it – caught Rebecca off-guard.

“Oh, umm, hi,” she replied, fumbling with a notebook in her briefcase before turning to shake hands with her new classmate.

“And you are?” Richard asked, amused by her frazzled state.

“Huh? Oh, I’m Rebecca,” she answered before returning her attention to the contents of her briefcase. Soon her desk was organized with a notepad, two pencils, a pencil sharpener, an extra eraser, and a watch that she slid off her wrist and placed in the corner where she could see it.

Feeling someone’s eyes on her, Rebecca turned and saw her classmate leaning back in his chair with his arms crossed and a smile on his face.

“I conceded the point to you. It means ‘well played, my friend.’ It’s French.”

Rebecca didn’t share the amusement. “Yeah, well, this is America. We speak English. I’d think you should know that language pretty well.”

Again Richard smiled, and this time Rebecca noticed the sparkle that lit his blue-gray eyes.

Stop it, Becky, she told herself.

Determined to prove her father wrong and not be sidetracked by romance, Rebecca refused to return the – admittedly gorgeous – man’s smile.

A door slammed open at the side of the classroom and Rebecca was interrupted by the entrance of their professor. Short and chubby, the man had patchy bald hair and a wardrobe that looked like it belonged at Berkeley’s undergrad, not Harvard’s business school.

Rebecca felt a knot in her stomach and adjusted her school supplies one more time to prepare. Here we go, she thought.

“They’re ready for you, sir,” said Tricia Howell, Richard’s longtime assistant. Tricia was semi-retired and usually worked part-time for a few hours in the afternoons, but she had been at 10 Downing Street around-the-clock since The Times story broke.

“Did you gather everything together?” Richard asked.

The prime minister nodded his head. “Good.” The proof, he thought. Proof that it wasn’t all a lie.

In the lead-up to today’s speech, Richard got Tricia to gather every record, receipt, ticket, and document in existence to show that no public funds were used for ‘Operation Starlight’.

Sympathy will only get me so far before my enemies bring out the guillotine, he thought. I did my job and I did it well, with no misuse of funds and no abuse of power. They can’t remove me from office on account of also having a life.

“It’s all ready to go,” Tricia confirmed. “Oh, and this letter arrived for you from Buckingham Palace.”

Richard nodded. “I’ll be right there.”

Tricia stepped out of his office but left the door open, knowing that her boss would continue to hide from the reporters if given the chance. The prime minister couldn’t help but smile at the maneuver. She knows me too well. Tricia first started working for Richard when he was a twenty-three-year-old analyst, fresh out of business school. The firm assigned her to his desk because she was older, married, and wouldn’t fall for the handsome young man like the other secretaries would.

Little did they know, Richard thought, I wasn’t available then anyway. He looked down at his desk and the source of his troubles: a small, black velvet box with a ruby and diamond engagement ring inside. It was his grandmother’s ring – his feisty, passionate, Spanish grandmother who helped raise him before he was sent off to boarding school.

Happiness, Richard thought, is holding someone in your arms and knowing you hold the whole world.

Richard nodded and sighed. He stood up from his desk and lifted his suit jacket off the back of his chair, swinging it around his shoulders and sliding his arms through the same way he’d done since he was a boy. After buttoning the top button, the prime minister reached down and picked up the box holding his grandmother’s ring. He snapped it shut and put the box in his pants pocket.

As he walked down the stairs toward the front door, Richard’s thoughts wandered to the first time he visited the hallowed halls of Number 10 Downing Street. A few months after graduation, his firm was hired by Prime Minister Thatcher’s office to provide financial guidance on her economic reforms. Richard was brought along to the meetings to help ease the minds of the old-school Whitehall advisors. After all, Richard remembered with a laugh, our ideas couldn’t be too dangerous if the son of a peer was proposing them, right?

Richard couldn’t recall much about his company’s recommendations, but he did remember meeting Margaret Thatcher. And the question she asked him.

“Well well, my boy. You’re a handsome one. Have you got a special lady in your life?”

Barely three months removed from his business school graduation, Richard’s heart had plummeted to the floor. “No ma’am, there’s no one.”

Outside of Number 10, the national and international press corps were assembled in the stone-paved street, not-so-patiently waiting for the current prime minister to appear and respond to allegations that he misappropriated government funds, lied to Parliament, derelicted his duties, and deceived Queen and Country.

Richard walked through the front door of his home and office and into the daylight. He blinked as hundreds of cameras flashed in his eyes. Stepping forward to the edge of the stoop, Richard raised his hand to silence the crowd. He took a deep breath and removed the notecards from his jacket pocket. Richard squeezed the ring box in his pocket one more time for strength and good luck, and began to speak.

“I would say thank you for coming today, but I don’t suppose there’s a need. You’ve been camped here for a week now.”

“I’ll make a brief statement,” he said, “and I will not be taking any questions. Nor will my staff.” Richard paused. “I will begin with the most important information: I have neither stolen nor misappropriated any public funds. I have not lied under oath. And Her Majesty has been fully informed of the entire truth from the beginning.”

Cameras clicked and clacked, and murmurs rose through the group of reporters.

“So it’s all a lie?” someone shouted. “The whole story is bollocks?”

Richard opened his mouth to respond, then stopped. He let out a deep breath and ran his hand through his hair.

“The Times’ story accused me of many things. Lying. Stealing. Cover-ups. Those things,” he conceded, “are all true.”

The crowd rumbled again. “C’mon, mate. Give us the truth!”

“The truth?” Richard asked. “All right. Well, settle in. Because the truth is thirty-five years in the making.”